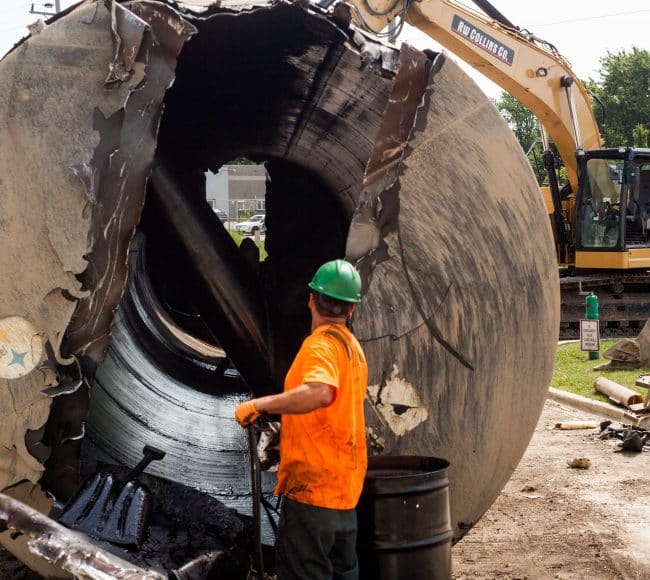 RW Collins removed three 30,000 gallon underground storage tanks at a manufacturing facility in West Chicago, IL. These tanks were previously installed by RW Collins in 1992, and were removed as a result of a plant closing.

The tanks weighed nearly 40,000 lbs each and required multiple excavators to be removed. Once removed, we completely decontaminated and recycled the double walled steel USTs, remediated contaminated soil and groundwater, and backfilled the excavated area with a combination of pea gravel and onsite borrow soils.

The former underground tank area is now clean and ready for restoration as open green space.