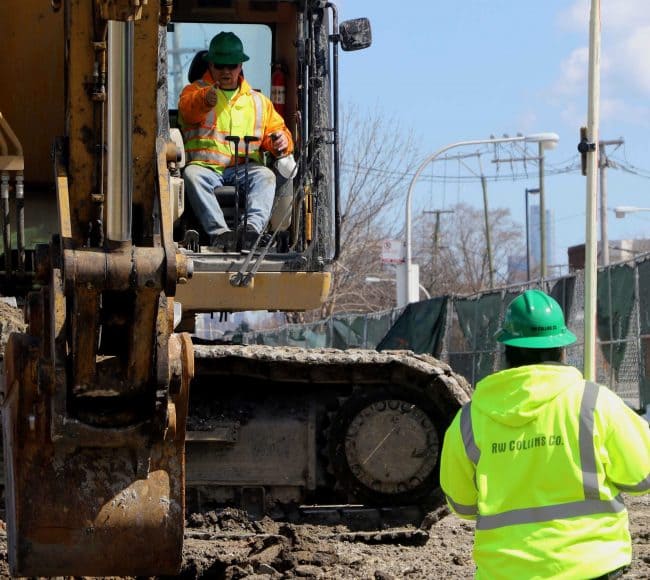 RW Collins Co. was awarded the contract to remediate the existing site and perform excavation for all footings, foundations and parking areas.

Site remediation consisted of removing contaminated soil and hauling it to a certified subtitle D landfill. Unknown footings and foundations (that dated to the 1930s) were encountered during the site remediation and were removed. Nearly 10,000 tons of contaminated soil and over 630 cubic yards of existing concrete footings and foundations were removed.

Additionally, two underground storage tanks were found during excavation. These two USTs were properly cleaned and removed from the site.
The Harvest Homes development project was another successful job for RW Collins. We’re proud to have been part of a project to revitalize such a great and historic Chicago neighborhood.